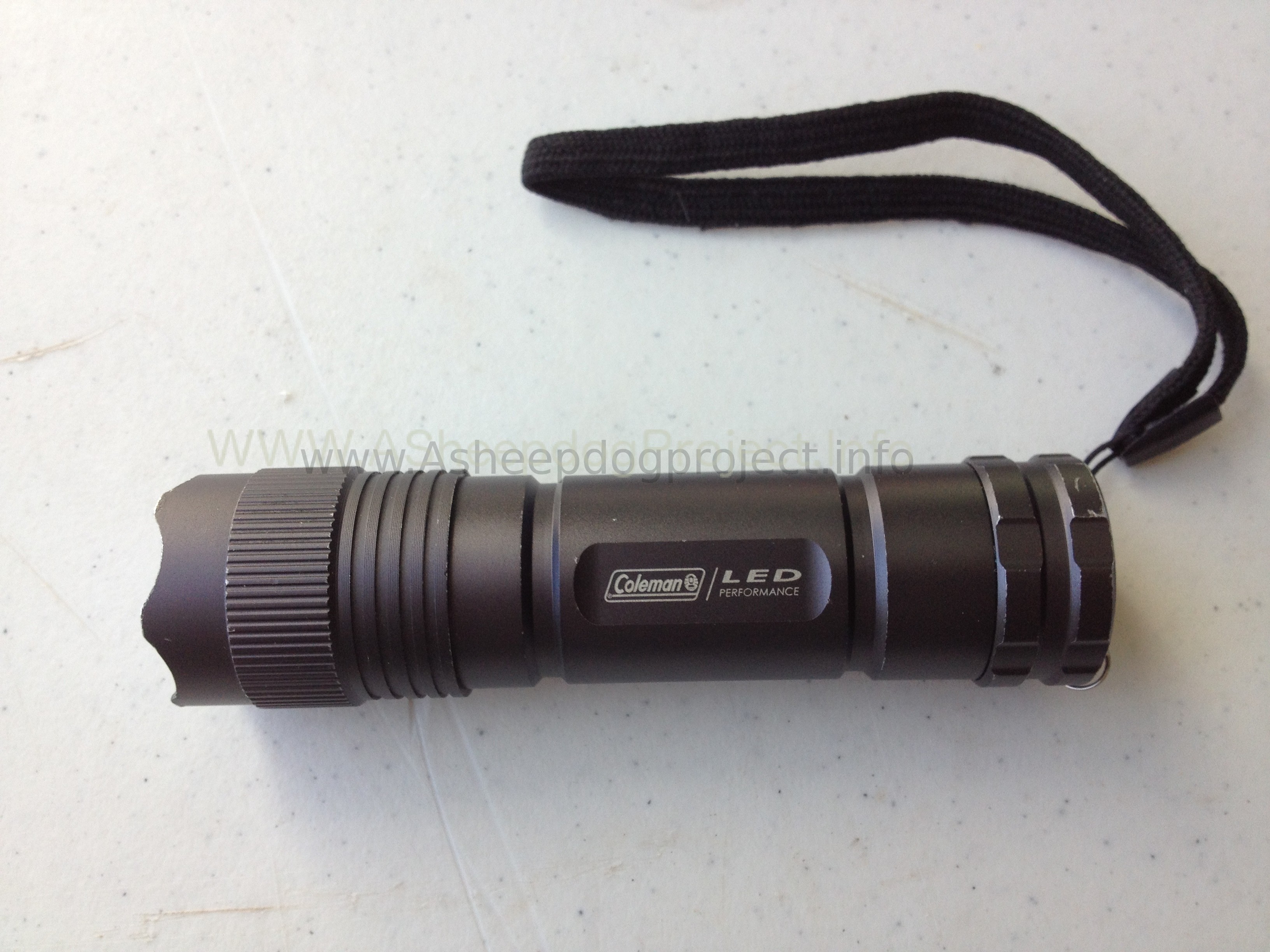 I’ve been looking for a good little flashlight for both everyday use and tactical self defense. One of my most recent purchases was a Coleman Max LED from Wally World. The price was right, just under $25,and it runs on three AAA’s. This way I won’t have a huge feeling of loss if I lose it, or cry every time I have to replace the batteries.
The light itself, at 75 lumens, can throw the beam a decent distance, about 150 feet where I would describe the illumination as usable, although certainly not spectacular, and quite small in diameter at that distance. That tends to be how I primarily judge a flashlight, by the quality, distance and size of the beam it can throw.
The body is about an inch in diameter and made of some form of alloy which feels reasonably robust and is described by the manufacturer as, ‘water resistant’. In my experience, I have put it thru the clothes washer twice and it still works so kudos for that. The end of the flashlight is also scalloped as some flashlights are for self defense in close quarters. The on switch is an end cap, a rubber ‘clickie’ with short travel. A wrist lanyard is also attached to the end cap, and the light can be turned on and stand on its end. The surface of the metal is smooth and almost completely round, so it will likely roll easily.
All in all, for a ‘budget’ light that uses AAA batteries, I’d describe the Coleman LED as acceptable, and worthy of typical around the house use or short camping/hunting trips. Fair value, but if I had to buy another, I might look for an alternative as there is a lot of room for improvement. 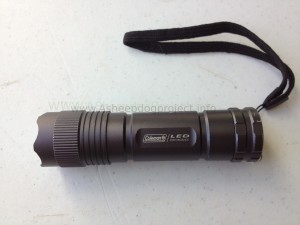