ok, I’ve done a lot of work the past couple of days. First I used a wire wheel brush around the area of the hole and then laid some fiberglass with epoxy over and around it. 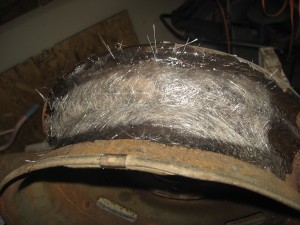 After it dried I sanded the fiberglass patch smooth. 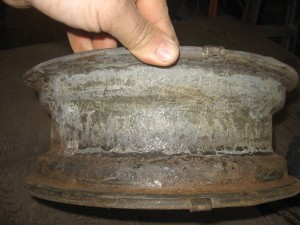 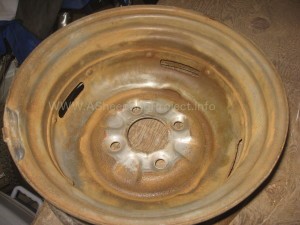 I then sprayed the entire rim with a paint from Rustoleum that coverts mild rust into primer. 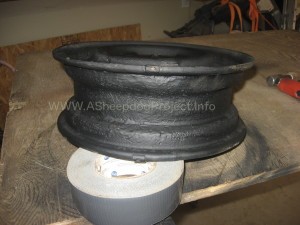 I then ran a layer of duct tape around the inside so the tube wouldn’t rub on anything. 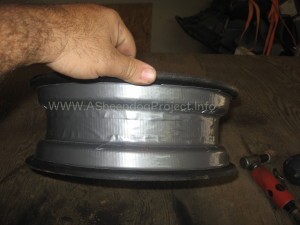 I then drilled a new hole for the tube. It took a little bit of cursing and wrestling but I got the tire on the rim using my motorcycle tire irons that you see in the pic. 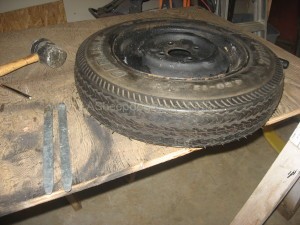 I then finally mounted the tire and have a rolling chassis again.—yippie
Oh I almost forgot, this is the hole in the rim I was talking about. 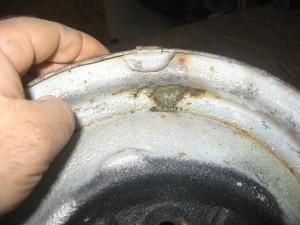