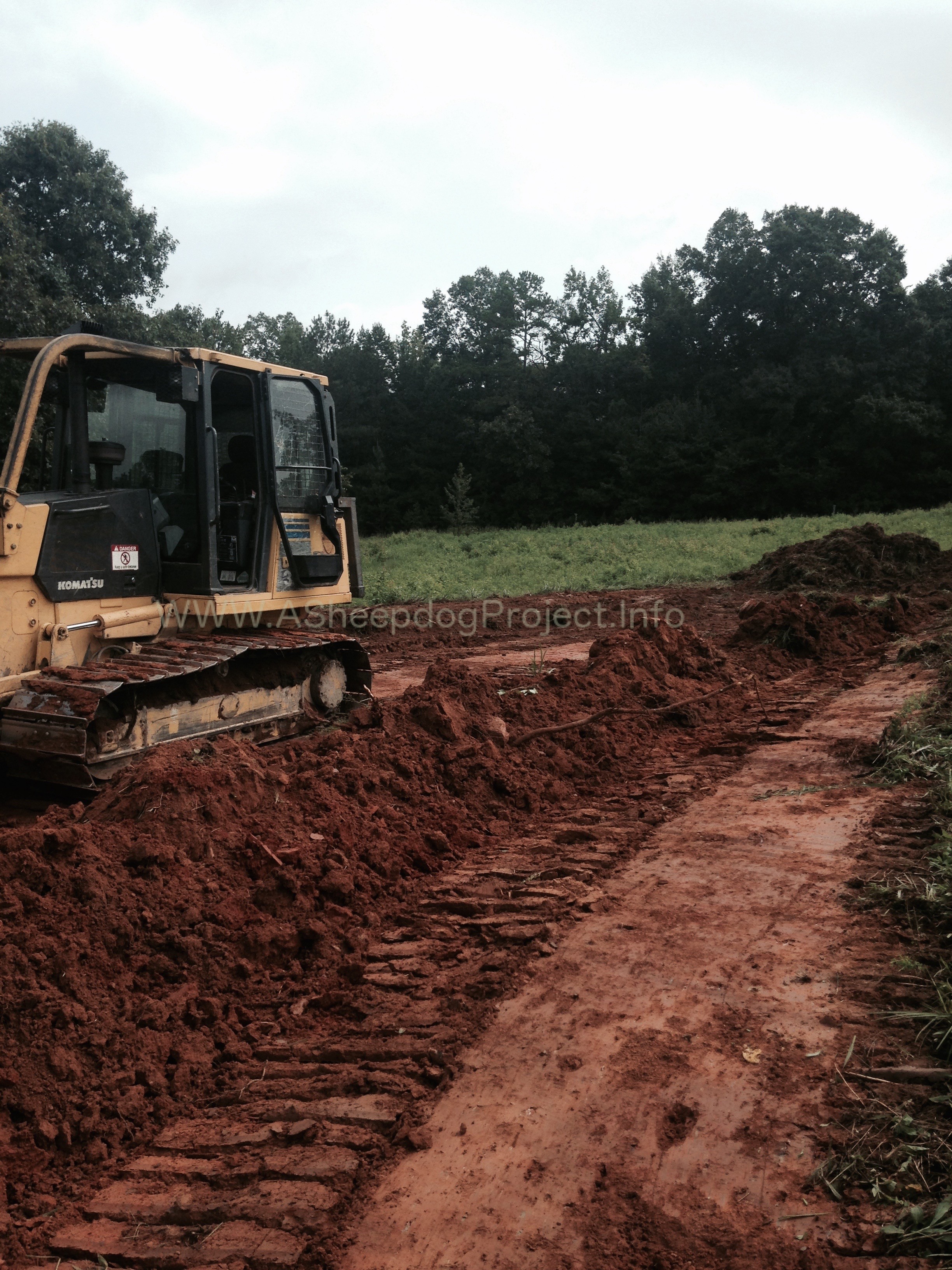 My wife read an article not long ago titled “How people lived in homes before central heat and air”or at least I think that was the title.There were many things in the article that I plan on incorporating into this house. It said that homes used to be built atop piers in order to insulate them from the cold ground in the winter and allow for cool air to flow in the summer. It also allows for ease in installing plumbing, electrical, and HVAC.

After choosing the location I hired a contractor to come out and level the land for where the house was going to sit. 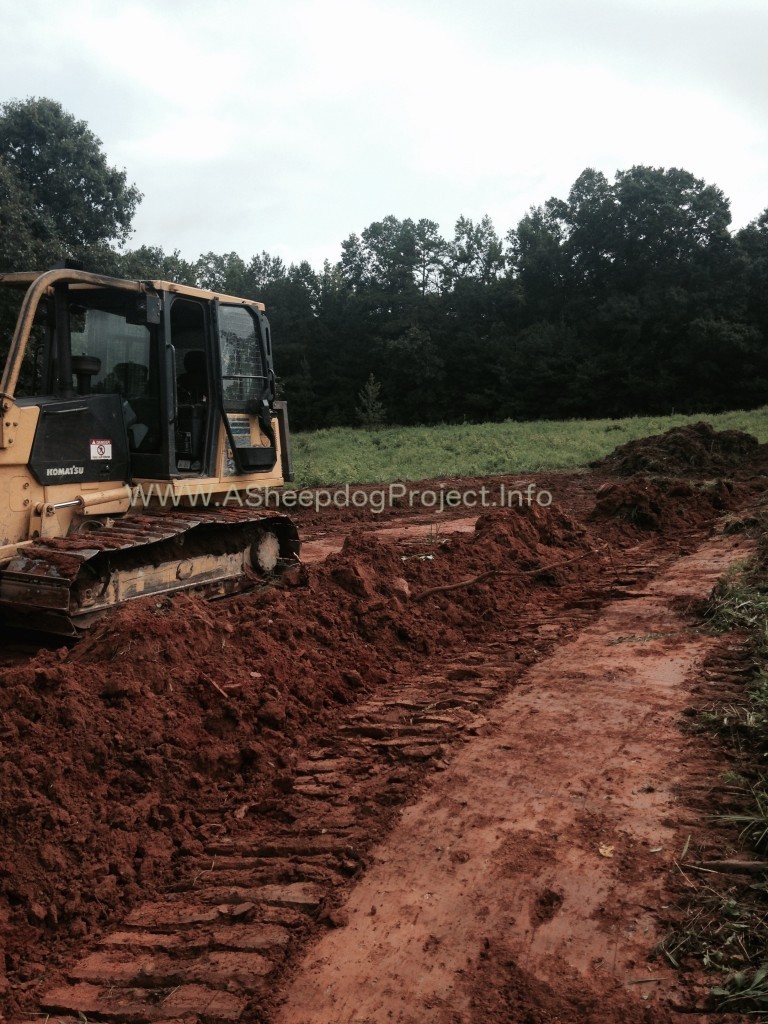 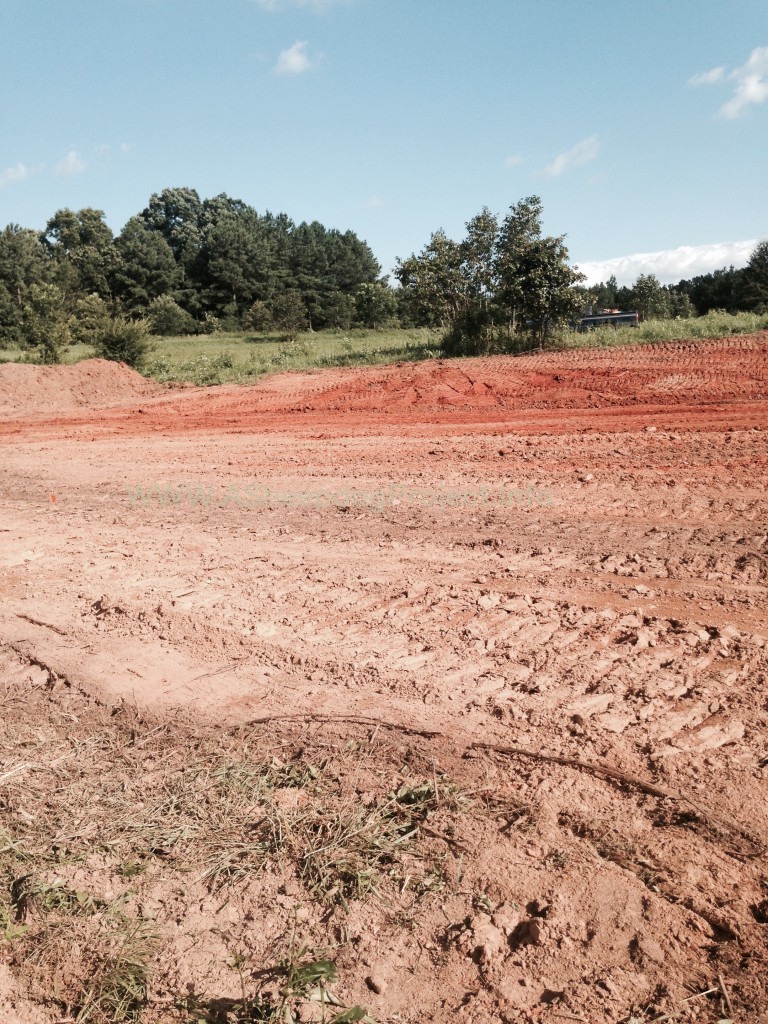 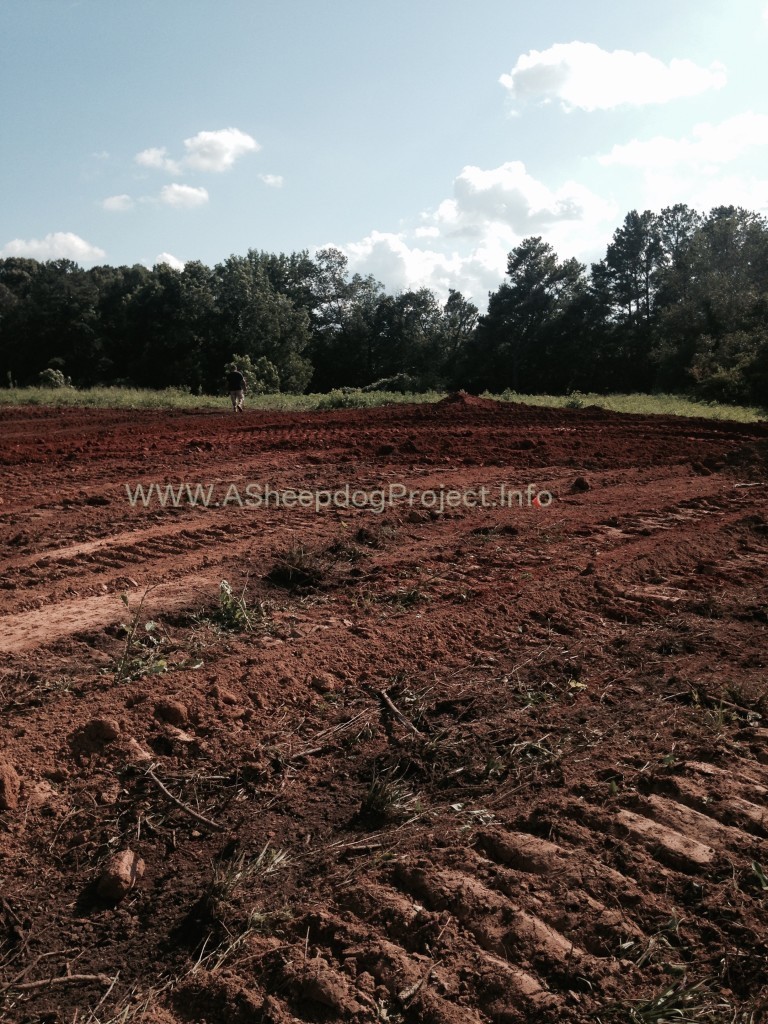 but after the land was graded and due to the way the area slopes we decided to move the house back about 20 feet off the graded area which meant I needed to make the piers in the back of the house taller to even it all out.  There are 6 piers under each container with some sharing the load. This is the layout of the piers. 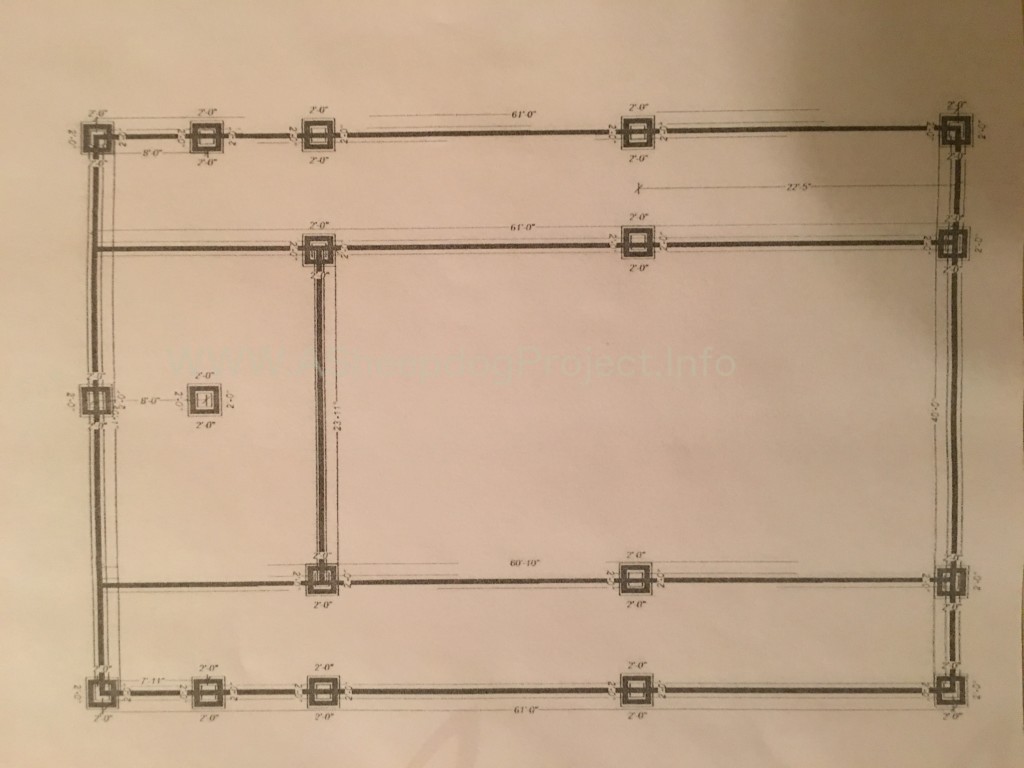 I wanted the crawl space to be 30″ in height so I used a site level transit to shoot the elevation of the spots where the piers were going. After some difficult math I, with the help of a good friend, calculated the hieght each individual box needed to be constructed to in order for all to be level since the back part of the house slopes down and away from the graded area. This meant the piers in the back would now be taller than the ones in the front.