I have to apologize I did not take any pictures of the actual construction of the pier forms but I can tell you that I used 1/2″ plywood and 2×3’s to reinforce the corners. 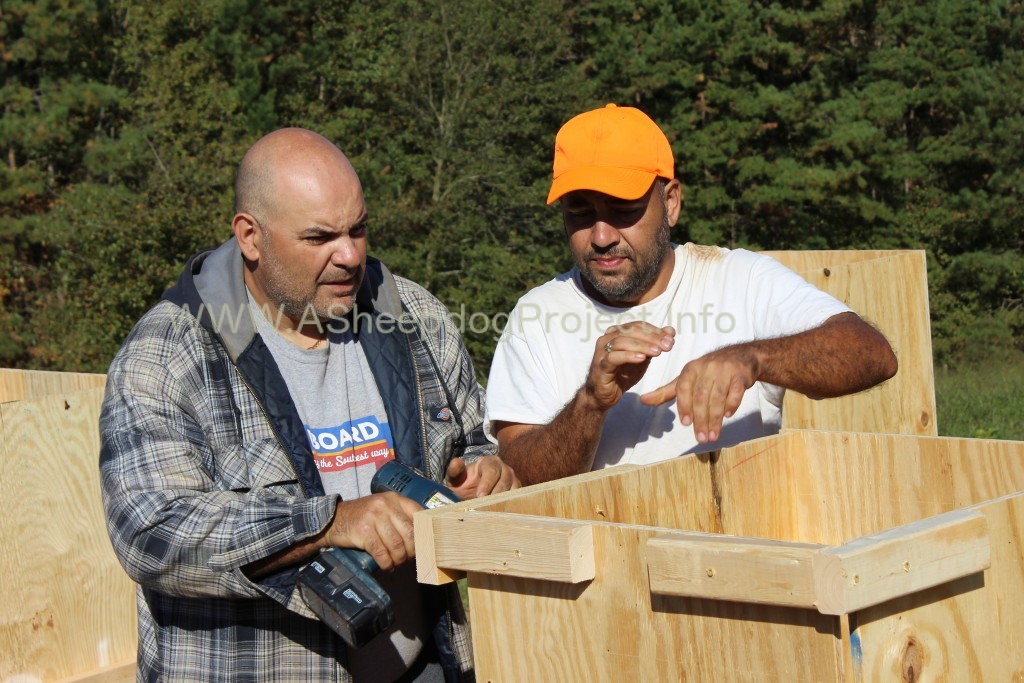 My Father and Brother came over to help me the day the concrete was being poured. 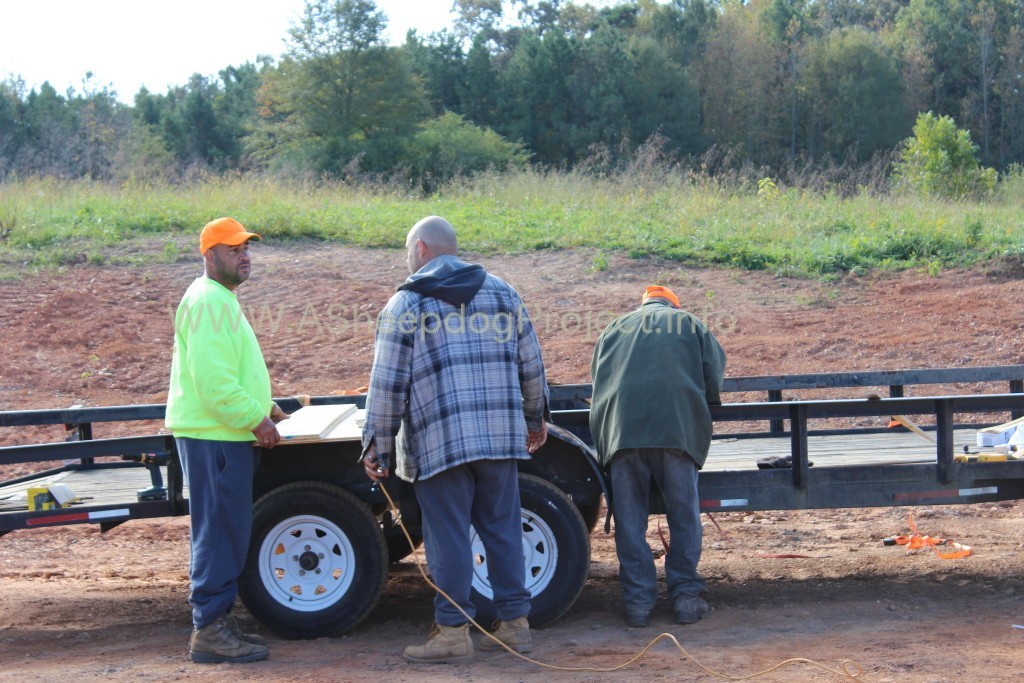 We used the site level transit again to check the height of the boxes to make sure all was level since they were built at a different location and then brought to the site. I have to say I got lucky they were all within 1/4′ of each other. I used orange spray paint to mark the differences on the forms. 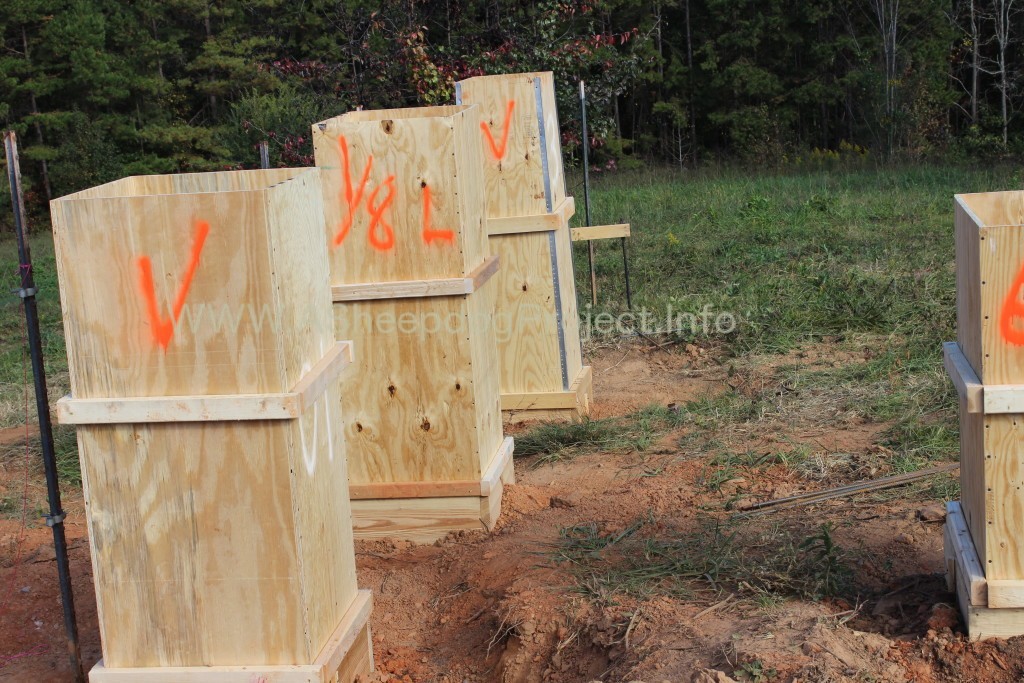 I wound up needing 9 yards of concrete in total. The truck showed up right on time and we got to work. 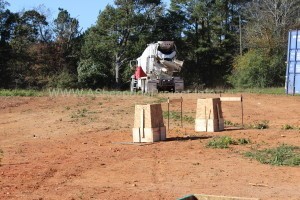 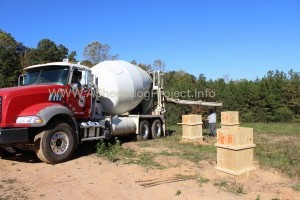 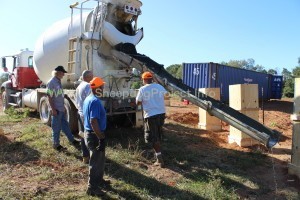 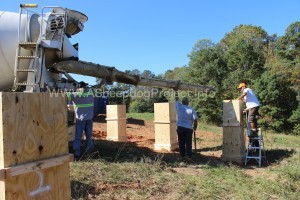 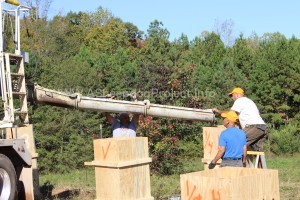 Because of the way the land was sloped the truck chute was almost level on the taller boxes and we had to get creative and push the concrete along with a shovel.

As I said in one of the earlier posts my way is probably not the right way, and some of you with experience in this area probably said to yourself those boxes won’t hold. Well surprisingly all did but 2 of them I didn’t reinforce the corners well enough and the box came apart but we were able to salvage them and continue.

It took us and a very patient driver about 2 hours to do all the boxes but it was done and I was extremely relieved that it went as well as it did.