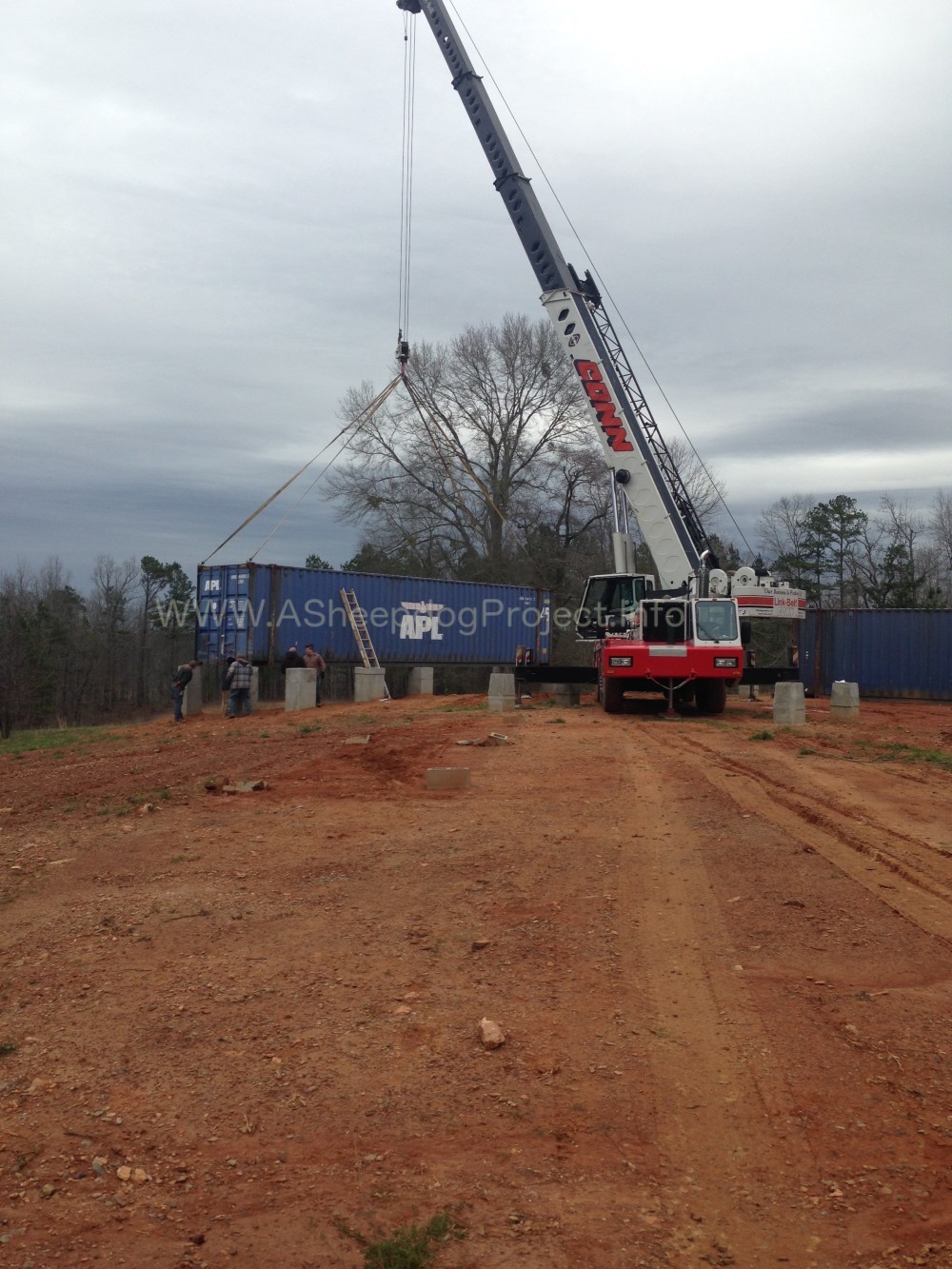 So we are now at the point where the containers need to be set atop the foundation. I called around and found a company that had a crane that would do the job. Because of the distance from where the two containers were currently sitting to where they needed to go we calculated that we would require a 50 ton crane. The boxes are not that heavy they only weigh 10,500 empty. It was the lifting capacity at the distance from where the crane would set up that required that size.

Apparently a cranes rating is based on its lifting capacity lifting straight up not off the side.

The company I hired was great to work with, they supplied all the rigging and I supplied the labor. 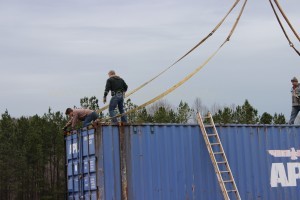 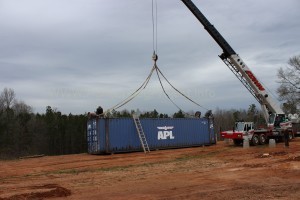 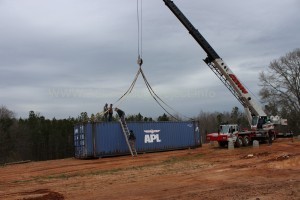 it took longer ro set the rigging than it did to set the 2 containers. The crane operator was a great guy he had been doing it for 20+ years and didn’t even bang the containers when setting them next to each other.

That morning before the crane arrived I spent some time measuring and marking the tops of the piers so I had clear,marks where the containers needed to be placed so we weren’t trying to do it with the containers hanging on the crane. 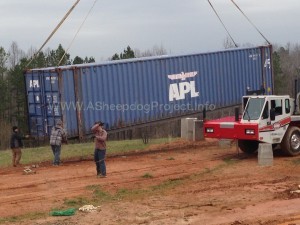 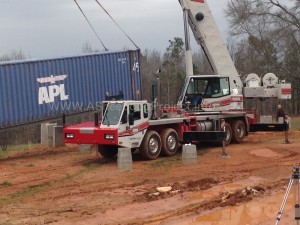 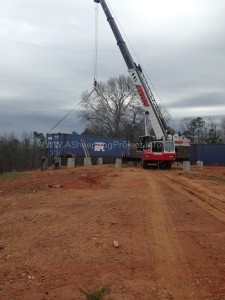 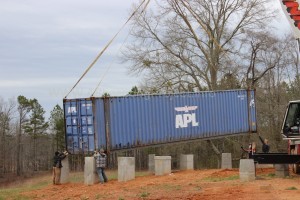 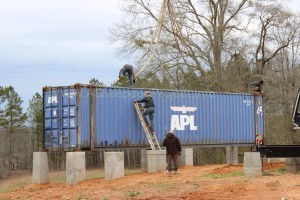 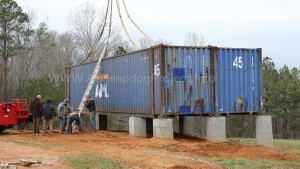 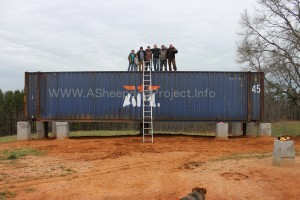 Once he was on site and set up it took us 45 minutes to rig and set both containers. I have to admit it was a HUGE relief when we were done.

2 down and 2 more to go but I’ll get started on these while im waiting.